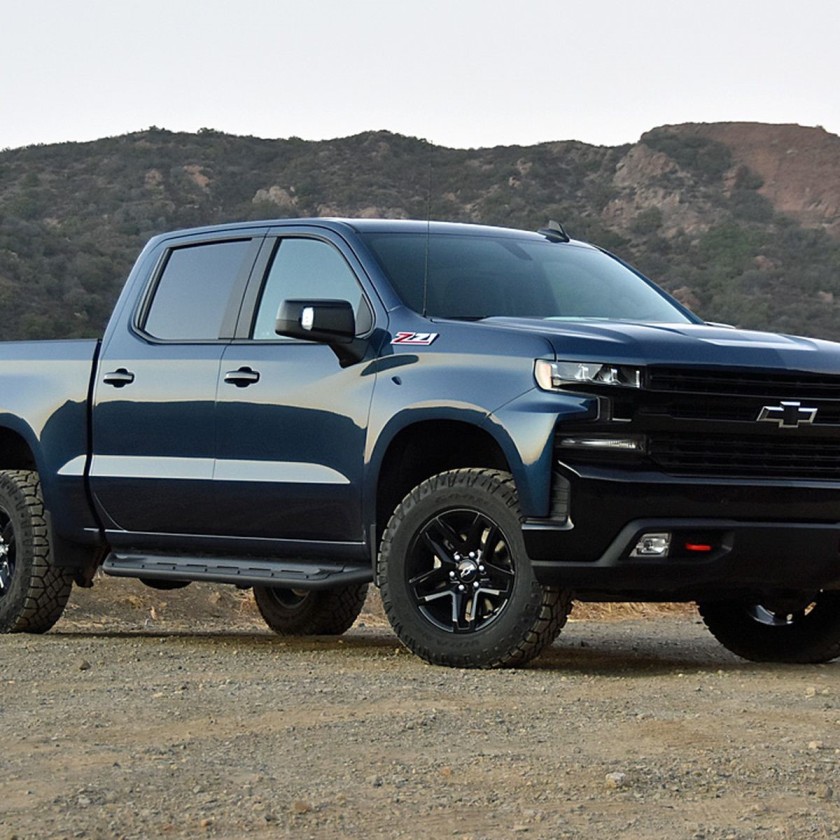 “Therefore, if anyone is in Christ, he is a new creation; old things have passed away; behold, all things have become new.” 2 Corinthians 5:17

I needed a truck.  They say that there is one thing better than owning a truck.  It is having a friend with a truck.  Judy and I needed some new chairs for our patio.  We found what we wanted at a not-so-local home and garden center.  There were two problems.  First, the store was located exactly 36.6 miles from our house.  The other problem was the fact that eight chairs were not going to fit in our little car.

I called, he said yes, and soon Judy and I were on our way to pickup the pickup.  I had ridden in the truck before but never driven it.  It was a big, manly truck which probably explains why I ran over six curbs in the first five miles.  Judy, with some effort, climbed into the passenger side and I, with some effort, climbed into the driver’s side.  Instantly something happened.  As I slid behind the wheel I felt like John Wayne, Bruce Willis and Iron Man all rolled into one.  Watch out boys, here comes “the Duke.”

It was just about then that I realized the massive truck I was riding in was a lot like Jesus and me. You see the Bible teaches us that if anyone is in Christ they become a new creation.  Everything in the past is past and everything becomes new.  While climbing in the truck didn’t change who I was it did make me see myself differently.  Jesus goes one step further.  He not only makes me see myself differently…He in fact makes me different.  Climb into Jesus and things change—you change.  You become a new creation.

It gets even better.  In Romans 8:1, Paul writes, “There is therefore now no condemnation for those who are in Christ Jesus.”  No condemnation.  That means all the sins are forgiven and all the charges have been dropped.  I stand before the Judge knowing that I can’t be condemned. He wrote the law, passed the sentence and then paid the penalty. The Judge, paid the price for my sin.  That is amazing.

Why stop now?  Paul wrote in Ephesians 2:10 “For we are His workmanship [His masterpiece], created in Christ Jesus for good works, which God prepared beforehand, that we should walk in them.” Whoa.  Masterpiece?  Created for good works?  You see, the truck made me feel like more but Jesus made me more.  Now don’t start getting all puffed up thinking you did something to deserve this.  It’s all Him.  The only thing we do is climb in and that happens only because we believe.  That’s it.  Faith alone. So, if you need a truck, I hope you have a good friend…the kind you can call at 2:00 am…the kind that will loan you his big, shiny truck.  But when it comes to a Savior, well, you can’t borrow that; you need Him for yourself, personally.  And the best part, He is just waiting for you to call.  He’s just waiting to make you new…to make you a masterpiece.  He’s just waiting to be there for you.  And all that stuff, the worry, anxiousness, fear, uncertainty, doubt, insecurity and a bunch of other stuff you’ve been carrying…just toss it in the back of His truck and let Him carry it.  You just rest in Him.  He’s got this.