Though they stumble, they will never fall, for the LORD holds them by the hand.” Psalm 37:23

It seems so easy…but it just not. In the Disney movie Aladdin, the central figure named Aladdin (bet you saw that one coming) and the beautiful young princess are in a difficult situation.  Options are limited because the bad guys are just about to win the day–grab her and jail him.  He reaches out his hand, looks her in the eyes and says, “Do you trust me?”

Well, you’ve probably seen the movie a dozen times, but the bottom line is she does, they escape, and eventually live happily ever after.  But not before one more precarious situation, one more extended hand and one more time the all-important question asked, “Do you trust me?”  She does.  She extends her hand and well, you know.

Times like these times help us begin to understand just how difficult it might have been for these two fictitious characters.  To not trust meant certain disaster. To trust meant risk.  It’s a hard call–well especially in the movie because Aladdin wasn’t some dashing, super strong, super-hero but a, gulp, “street rat,” a nobody, from the wrong side of town.

But what about us–what about our plot–our uncertainty.  Well, there is an extended hand and there is that all important question, “Do you trust me?”  But that’s where things change.  The hand extended to us doesn’t belong to a “street rat” but rather to the King of Kings and the Lord of Lords.  It belongs to the One who speaks and a billion stars begin to twinkle. And the one on the receiving end?  Oh, that would be us–the one He calls son, daughter, child of mine.

I love Psalm 37:24. Speaking of God and us, it says, “Though they [that would be us] stumble, they will never fall, for the LORD holds them by the hand.” Never fall, never perish, never. Let that soak in.  The word picture is that of a person—perhaps a small child or maybe a frail senior adult—who has lost their footing and consequently is on their way down to certain pain and suffering.  Then, at the last minute, the hand reaches down and takes hold, and they are saved.

That has to be what caused the prophet Habakkuk 3:17-18 to say, “Though the fig tree should not blossom, nor fruit be on the vines, the produce of the olive fails and the fields yield no food, the flock be cut off from the fold and there be no herd in the stalls, 18.  yet I will rejoice in the LORD; I will take joy in the God of my salvation.”

It’s not a hard call really.  I mean He’s all powerful and loves us like no prince has ever loved his princess…cares for us more than any husband his bride.  He has a perfect track record. Never fails…no, not once. Regardless of how scary the days were or may become, He is bigger, He is stronger, and He can be trusted. So, listen carefully today. Tune out or turn down the volume of a screeching world and you will probably hear a soft whisper saying, “Do you trust me?”  And look with Spirit eyes and you might even see a hand extended.  You don’t even need to try and take hold for He’s got you and yes, He’s got this.  Bro. Dewayne 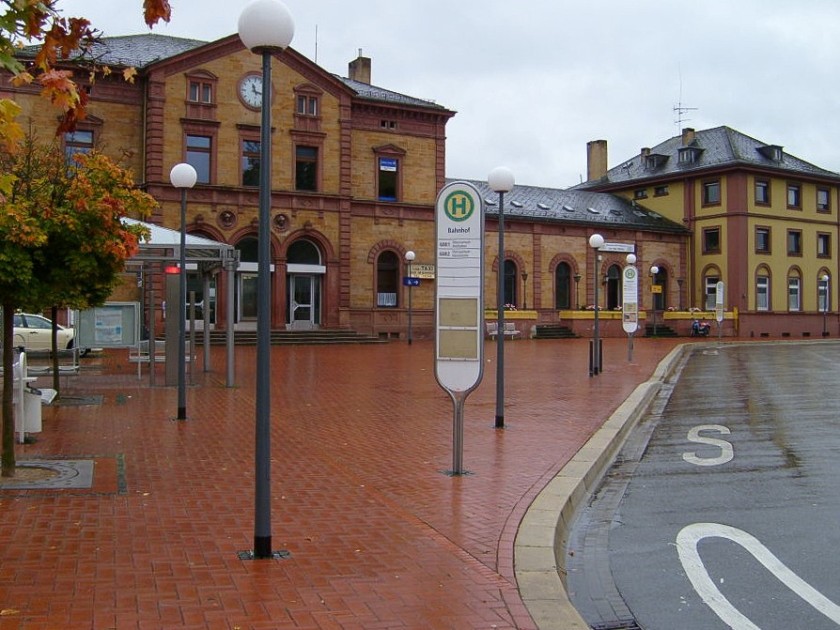 A person’s steps are established by the Lord, and He takes pleasure in his way.” Psalm 37:23

We were so close and yet so far away. It was 1977 and we had recently arrived at our new USAF assignment in Germany. We had purchased a 1967 Volkswagen station wagon which turned out to have virtually no floorboards just floor mats.  We found that out the first time it rains.  It rains a lot in Germany.  Anyway we named him Herman.  He wasn’t fast, he wasn’t pretty.  But he would go…most of the time.

Our friends that lived a couple of hours away invited to come over and spend the weekend with them.  We lived in Sambach which wasn’t too far from Sembach where I worked.  You can probably already tell that things can get confusing in Germany.  So, we had been in country for about 10 days, we had our international drivers license which meant I paid someone $15 dollars, and we had Herman.  Not to sound like Gilligan’s Island but we started out on “a three hour trip…a three hour trip”.

We were heading to a small city called  Zweibrucken where our friends lived.  The Air Force had a small airbase there where he worked and since Zweibrucken means “two bridges” I assume they had those also.  It was simple.  Get on this highway with your car named Herman and with no floorboards, drive about an hour or so, take a left and head toward Zweibrucken.  Not a deal. Right? Well, not so fast.

Soon Judy and I were traveling along, excited for a new adventure.  We had no traveling experience in Germany, it was raining, remember it does that a lot in Germany, so we had miniature swimming pools for floorboards and the antique wipers were just keeping up with the rain. After about an hour we came to a large directional sign.  It said Saarbrucken straight ahead.  Well, Mr. “I’m a man who doesn’t get lost” looked at his sweet, dear “Don’t look at me, I’ve never been out the country before either” wife and said, “Uh was that Saarbrucken we were looking for?”  You know, if you’ve seen one “brucken” you’ve seen them all.

Well, I couldn’t remember, she couldn’t remember so we kept driving and it kept raining.  We drove for quite a while and suddenly found ourselves in Saarbrucken which happens to be on the French border. We also found ourselves on the verge of having to learn French. Since we hadn’t mastered any German either we decided we had best turn around before we started an international incident.

I did a quick turn around and headed back the way we came.  We were disoriented, discouraged, and disappointed.  We drove back about 30 miles or so and there we saw a sign:  Zweibrucken.  I remembered, she remembered—sweet Zweibrucken. Hallelujah. We exited off the autobahn (which is German for “you can drive fast if you don’t drive a Herman”) and as we exit we see our friend just pulling away.  He had come to look for us and was just about to give up.  We saw him, he saw us.  We laughed, we embraced. We had made it.  “Guten Tag.”  Guten Tag, indeed!

We still laugh about that crazy story.  Two young people who didn’t know better driving in a foreign country, taking off in a too old Volkswagen station wagon with swimming pools for floor boards, getting lost and unable to ask directions. Yup, life was good. Now knowing me,  I was probably frustrated, discouraged, and discombobulated. I’m not exactly sure what that means but I am sure I felt it that day.  But the bottom line is, we had fun. Even then we laughed at the hot mess we were in.  It was a story we would tell our kids one day.  Well, we have and it still brings a smile to our lips.

I know there is so much craziness today.  So many missteps, so many “I don’t knows,” so many “Saars” when it should have been a “Zwei.” But remember this.  There is a God who is writing this story called your life and He is a God who loves a good adventure.  And the things that we count as disruptions just might be one of His great adventures purposely put in our path for our ultimate good and pleasure.  David, in Psalm 37:23 writes, “The steps of a good person are ordered [directed, planned] by the Lord.  And He delights in that path.”  In other words, God has a plan and it is a plan that He has written just for you. I know I sometimes question my GPS when it takes me down some crazy roads to save a minute or two but I am learning to just enjoy the journey.  I wrote a few days back that Judy and I love to drive around and try to get lost.  One of my friends said, “Come on down to Pope County.  I can get you lost.”  I think I’m gonna take him up on it.  I’ll have my trusty GPS on standby and my friend won’t be too far away so it should be a great adventure.  I’ll just go along for the ride and rest in Him.  After all, He’s got this.  Guten Tag.