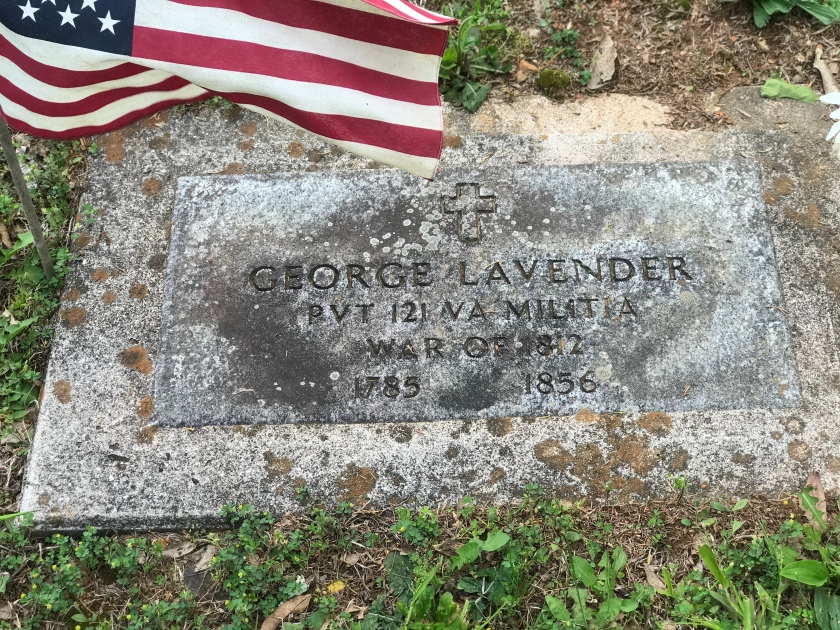 Warning. Thought provoking story ahead. It was the strangest library you could imagine.  A friend told me about a cemetery that had some very old graves. Now I know you are wondering, “What does a cemetery have to do with a library?”  And the answer is volumes and volumes.  First, lest you think me strange, I love history and especially American and local history.  Second, I love stories. This particular cemetery had some of both.

So over the river and through the woods Judy and I went till we came to Lavender Cemetery Lane.  A quick right off of Highway 34 and about half a mile down the lane and there it was—Lavender Cemetery.  There were two sections.  The first section was much older than the second but both were filled with stories.  And, like I said, I love stories.

First was my friend’s grandfather.  I had already learned that he was quite the character.  He actually ran with the infamous Charlie Berger gang.  He did some time in the big house and died when he was only 48—though not from a bank heist or anything like that. I was fascinated.  Then we started looking around and it was amazing.  We found the grave of a veteran from the War of 1812.  Can you believe that?  Then we found families who had lost not one, not two but three children.  It was in the days before there were antibiotics.  Can you imagine how difficult that was?

There were many other veterans buried there.  There was a Vietnam veteran who had obtained the highest enlisted rank in the Air Force, Chief Master Sergeant and had earned a Bronze Star for Valor in the war.  Next to him was a veteran of the Korean War.  He had died aboard the USS Saris.  During a typhoon in Korean waters a naval mine broke loose and hit the ship and it sank in 20 minutes.  Four men died and one of them found his way back home to Lavender cemetery.  But wait, there is more.  World War II veterans were scattered throughout as well as World War I. There were even civil war veterans buried there.  Almost side by side, a young soldier from Mississippi was laid to rest by a soldier from the north.  On and on, old, barely readable stones told stories of valor and courage.

There were headstones with beautiful etchings of home places and poems about life and death.  Scratched into a large rock, one read, “My friends, here lies my body beneath the sod but my soul has gone home to God.”  In this obscure country cemetery I saw a headstone for two people I know.  The dates of the death yet to be filled in—their stories still being written. Many of the headstones have been worn smooth by time.  Like their headstones, so many of their stories have faded into obscurity. But each one…each one…wrote a story that touched people and perhaps changed lives.

Forget the regrets.  Forget the unwise choices. Forgive the broken promises just like God forgave you.  It’s in the Book.  Learn from each one but then leave the past in the past.  Paul did…check out Philippians 4:13…forgetting what is behind and reaching forward to the future in Christ, I press on.  Good, good advice. I don’t know how this virus thing is going to finish playing out.  I know I am not afraid.  I know my Father is in control.  I know that the foreseeable future is going to be different. But I also know I want the story about  how I handled it all… to be that I trusted Him to handle it.  I want the story to say I trusted Him during the pandemic.  We can do that you know.  He’s trustworthy.  I can lay my head on my pillow tonight and rest in Him.  So, pleasant dreams. He’s got this.