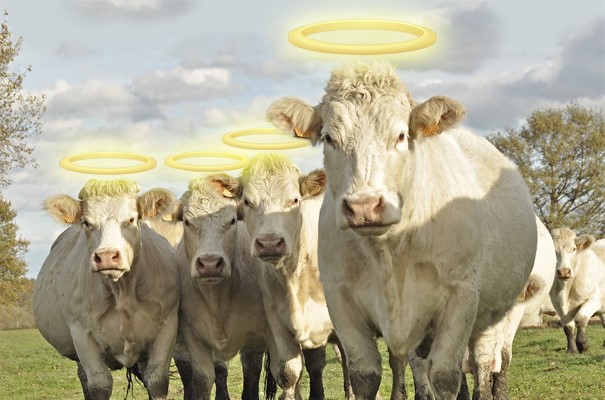 See what great love the Father has given us that we should be called God’s children—and we are!” 1 John 3:1

That can’t be good. The noise came from the church sanctuary and it sounded like trouble—with a capital “T.”  Being a pastor is one of the most challenging and interesting vocations there is.  I have been walking this path for the past 38 years and there is nothing like it.  I’ve experienced the lowest of valleys and the highest mountain peaks and that’s just on Monday morning!  Of course, if you think being a pastor is challenging, you should be a “PK” or pastor’s kid.

PK’s grow up in a fishbowl world.  Many people expect them to be perfect. They are held to standards that are unfair but that can lead to some pretty good stories.  And you know I love a good story.  So one evening, my wife and a couple of the ladies from our church were working in the children’s department.  I believe they were painting and papering.  We had been at the church long enough to build some great relationships but not quite long enough to guarantee survival of “the big one.”

“The big one” is a variety of things that you don’t mess with in a church.  They are also called “sacred cows.”  Now these things don’t moo or eat grass. I think the phrase must refer back to India where cows are worshipped.  Mess with a cow in India and someone is going to mess with you.  One of the jobs of a pastor is to learn what and where the cows are for a church and then avoid them.  It is also the job of the pastor to keep his kids from messing with one.  And that’s where the trouble started.

Judy and the ladies were working hard that evening and not paying much attention to the girls.  My two girls were there as well as the daughter of one of the ladies. The moms were working hard and the kids were playing.  Life was good.  People were happy…and then.  I’m not sure exactly in what order these two events happened but they were very close together.  The first was the sound of kids playing.  It was the sound of kids playing in a swimming pool.  However, First Baptist didn’t have a swimming pool.  But it did have a baptistry…the kind big enough to swim in.

Friend or not, he was really, really upset.  The pastor’s kids were swimming in the baptistry and that was definitely a no-no.  I could hear the cow mooing loud and clear. The moms were traumatized (only later would they laugh), and me, I was just trying to still be the pastor the next day.  But it turns out we had an ace in the hole.  Now an “ace in the hole” is a bit of information or a resource held back until the proper time.  It was time.  Just about then…the trustee’s five-year old granddaughter stuck her head up from the baptistry and smiled at her grandfather. Now it still wasn’t pretty. The kids were still messing with a cow, however, the relationship one of swimmers had with the trustee changed everything.

The bottom line is the kids had a nice swim but never had another one in the indoor poor.  My friend, the trustee, showed grace but I’m sure only after a lecture about indoor swimming pools in Baptist churches.  And me…I got to keep being the pastor. It really turned out to be a great story and over time it just got more and more humorous.  Several years later it was my privilege to officiate at my friend’s funeral. We had many wonderful memories to share that day but I do believe the story of the baptistry topped them all.  Grace and relationships have a way of doing that. It works when kids touch sacred cows and it works when we sin.

You see, when it comes to us and God, we do far worse than touch the sacred…we violate His law and trample His holiness.  It is an ugly scene but then He does the amazing.  He offers forgiveness, He offers grace, unmerited favor, to any person willing to put their faith not in themselves but in His Son Jesus.  That faith results in this incredible relationship where we can call Him Father and He calls us His kids.  The Bible says it like this, “See what great love the Father has given us that we should be called God’s children—and we are!” How about that?  He is willing and able to forgive any sin—even swimming in the baptistry—if we believe.  Amazing. So when you find yourself in a hot mess with God, just remember the big truth about grace and relationships.  The first makes the second possible.  And when you get the second you get everything you need.  A place to crawl up and rest and a dearest Daddy that is big enough to conquer your biggest fear and forgive your biggest sin.  After all, He’s got this.