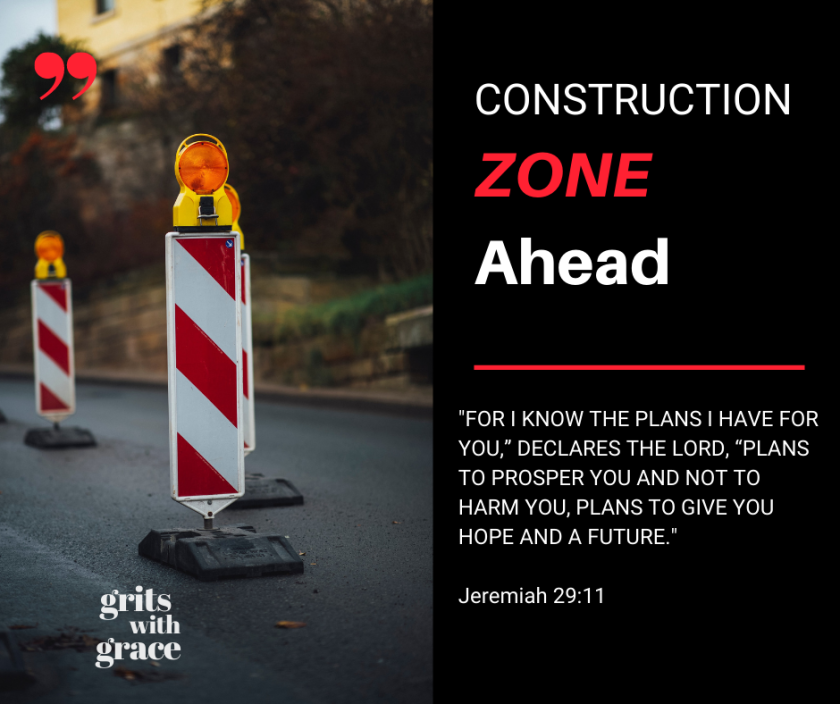 For I know the plans I have for you,” declares the Lord, “plans to prosper you and not to harm you, plans to give you hope and a future.” Jeremiah 29:11

It was a long time ago, but I remember it well.  Way back, before I knew anything about Harrisburg or Dorrisville Baptist Church, I made a trip to this small town in Southeastern Illinois.  I was pastoring in Cobden, a smaller town by far.  A person associated with our church there was having some mental health issues that required admission to a clinic.  Somehow, they ended up at the center located at the Harrisburg Medical Center.

I wanted to go over and visit them but had no clue how to get there.  This was a time, gulp, before GPS, so I had to rely on directions and an old fashioned map.  I made it to Marion and got off Interstate 57 and followed the road sign pointing to Harrisburg.  Before long, I found myself on a long and winding road (wait… isn’t there a song that goes like that?).  It was the kind of two-lane road that you got to play like a race car driver on.  There were plenty of curves and practically no passing lanes.  I remember coming upon a gigantic crane…I mean HUGE…that was abandoned by one of the coal mines.

Well, the long and winding road was about 24 or 25 miles but because I was blessed to get behind several slow, like really slow, drivers, it seemed like forever.  In fact, when I got to Harrisburg, I had to stop to get a haircut.  You ask, “Well, why didn’t you get one in Cobden?”  The answer is “I didn’t need one then.” Smile.  Anyway (I have to be careful not to get distracted.) I made my visit and then reversed the route.  I remember thinking how isolated Harrisburg was.  I mean you had to be going there to get there. I kinda reminded me of the wagon trains and the Oregon Trail.

Now, fast-forward years…I’m not sure how many…but lots.  My daughter Jennifer was going to try out for the Illinois Baptist State Association All-State Choir and her audition was at Dorrisville Baptist Church in Harrisburg.  When I heard that, I mentally blocked off two days for the trip (ok, I’m being facetious). But I still remember that long and winding road.  Now, imagine my surprise when we exited off the interstate again and followed the signs for Harrisburg and there before us was a four-lane divided highway.  No winding road, no 45 mph speed zones, no no-passing zones—just smooth sailing.  What a change.  What a blessing.  What took the better part of an hour now took 25 minutes.

Well, I was praying this morning and something like this came out of my mouth, “Lord, help me to be patient in the construction zones of my life.”  I paused when I said it because it really grabbed my heart.  The construction zones of my life.  Hmmm.  You see, it made me realize that I am like a construction project and it can be frustrating.  But God is in charge of the project and He does have a plan that He is working out in my life. I know I use this a lot in my writing but it just too good.  Jeremiah 29:11 says, “For I know the plans I have for you,” declares the Lord, “plans to prosper you and not to harm you, plans to give you hope and a future.”  One day, someday, it will be worth it.  It might be years down the road, or it might even be heaven, but I will see the big picture and I will know that no matter how painful or costly, it was worth it. It.Was.Worth.It.

There’s an old song (my apologies to my younger readers) that says, “It will be worth it all, when we see Jesus. One look at His dear face all sorrows will erase.”  I believe that. So, as you tootle down life’s road and you hit one of those stinking construction zones—hold on and throttle back.  It could be that God is working in one of His mysterious ways.  It might be to bring you into His family or it might be He is just trying to make you a little bit more like Jesus.  One thing I know for sure…it won’t be wasted.  God doesn’t waste time and He doesn’t waste suffering. I like that. If you find yourself in stopped traffic on this road called life, just hit the pause button and breathe deeply.  Then repeat this as many times as you need to, “I choose to rest in Him.  He’s got this.”  There you go.  Now, don’t you feel better already?