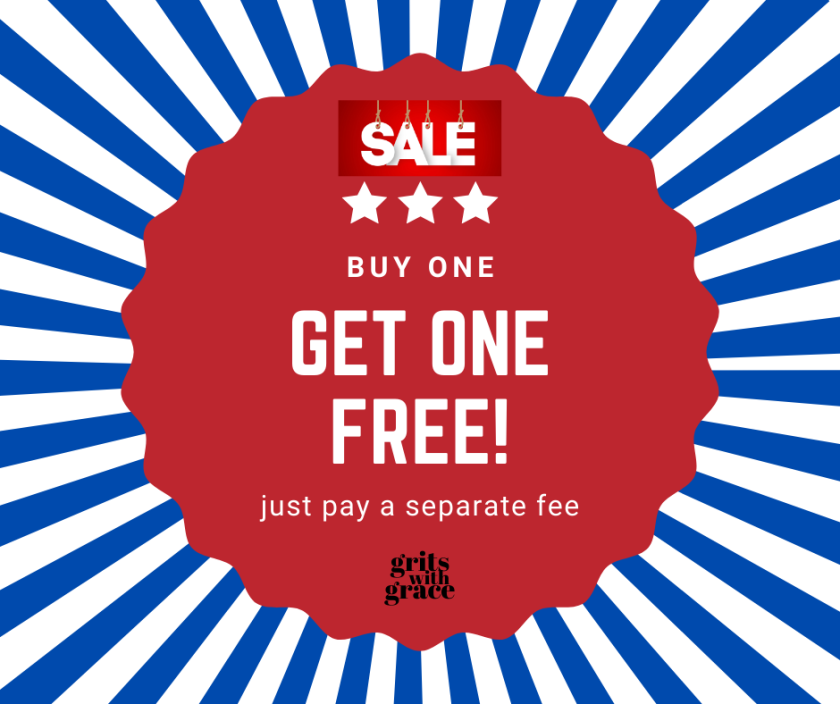 Throw all your anxiety onto Him, because He cares about you.” — 1 Peter 5:7

Just pay a separate fee.  I’m a fan of the infomercials on television that you see all the time.  No, I’m not interested in the products and I don’t like the way they interrupt my viewing times. I like them because they are funny.  As you watch them, it is as if they had just discovered the fountain of youth. It is always something that they think I just can’t live without.  And, it is like they are my new very best friend.  They like me so much they are offering a deal that I just can refuse.

Sometimes it is a garden hose that expands like crazy when connected or shrinks up like a snake when it is isn’t.  Or maybe it is some miracle herbal supplement that is guaranteed to make me lose weight, or gain weight, or grow hair, or remove hair from where you don’t want it.  Regardless—they all carry a money back guarantee.  If you don’t like it…just send it back—minus shipping and handling and your firstborn.

My favorites are the ones that offer you two for the supposed price of one. That’s right folks because we like you so much, we are going to send you two of these amazing products—just let us know—and, of course, pay a separate fee. Wait. What?  If I am paying a separate fee isn’t that like walking into a donut shop and asking for two donuts and paying for both?  Or maybe going into Best Buy and them saying we are not going to sell you one television today, but two. All you have to do is pay a separate fee. I think that is called two for the price of two.

Then of course there is the small print.  On most screens there are like fifteen lines of extremely small print.  We are going to send you a two-week supply of this amazing product that will cause you to grow six inches overnight—and it is free.  What you can’t read is the small print that says if you don’t cancel in five minutes and speak fluent Swahili then the deal is off.  I remember we were driving back from somewhere on a trip listening to a radio show that I trusted.  They were offering a two-week supply of this amazing herbal deal that would help me lose weight.  Well, I needed to lose weight and there was no risk, right?  Well, a month later I was fighting a $69.99 charge on my credit card.  Oh, the small print.

I saw a commercial today for those amazing HD Tactical Sunglasses on television.  They made them sound like they would cause the blind to see. Well, I bought some at a local store and they didn’t exactly live up to all the hype.  In fact, they were so dark I couldn’t see anything—in HD, SD or any other D. They are in the car waiting for a return trip to the store.  The bottom line is if it sounds too good to be true…it probably is.  And it seems the more the hype—the greater the chance that it is full of hot air and not so true promises…except one.

The exception to this rule is one you won’t find on television.  That one exception is God. Here’s the deal.  He never makes a promise He won’t keep and He’s not big on the small print.  He lays it all out and there is no separate fee.  In fact, His gift of love and forgiveness comes prepaid—no shipping and no handling. I need to be honest and tell you that sometimes folks speaking for God like to make promises on His dime and then God gets the bad rap.  But there’s an answer for that too.  Just get a copy of His Word and check it out for yourself.  Like I said…He lays it out and it is a deal you just shouldn’t pass up.

As we begin this New Year, here’s some great advice.  First, record your favorite shows on the DVR and watch them later when you can fast forward through the commercials.  You can save yourself a chunk of time and if you are tempted by those outrageous claims in the commercials, you might save a few bucks too. Second, tune in to God.  He’s good, He’s faithful and He can be trusted.  Notice, by the way, that I didn’t say religion—I said God.  He has a great “no extra fee” offer.  He says, “Throw all your anxiety onto me, because I care about you.” And do you know what?  He really does.  There is nothing that He and you are going to face that He can’t handle.  Rest assured, “He’s got this.”

6 thoughts on “Watch the Small Print”