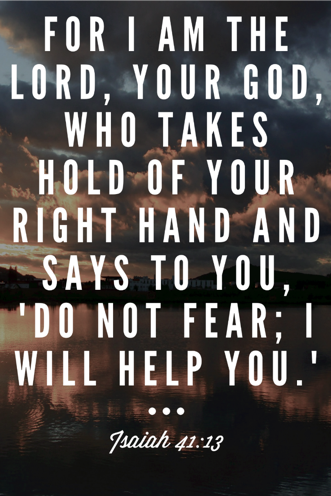 I am the resurrection and the life. The one who believes in Me, even if he dies, will live.  Everyone who lives and believes in Me will never die. Do you believe this?”
John 10:25-26

It was an ordinary day.  Jesus was on the move traveling from one small village to another doing what He did–making a difference.  As He was approaching Nain, a stop in the road, He ran into a funeral procession.  We recognize funeral processions by the flashing lights on the hearse followed by cars with headlights on.  He recognized it by the mourning–the funeral wail.  The closer He got, the louder it got.  It was the sound of broken hearts and lives.

In Luke 7:12, we get the details.  It says, “Just as He neared the gate of the town, a dead man was being carried out. He was his mother’s only son, and she was a widow. A large crowd from the city was also with her.”  What a tragedy.  A mother had lost her only son to death.  And, according to scripture, he was young. The cause isn’t listed nor does it matter.  Death comes in many forms and is no respecter of persons.  But it was her only son and he died too young. It gets worse.

Luke also shares that she is a widow.  She is facing this dark time alone.  There is no husband to share the grief–it is all hers.  And when the grieving is over she faces a very difficult world.  No source of income, no safety net, no unemployment, no social security–nothing. It’s a bad deal from top to bottom.  And then it happens.

Jesus sees the situation and orders the mourning column of brokenness to stop.  Why?  He has compassion on her.  He knows her story before He is told and He tells her, “Don’t weep.”  It could be an unkind statement akin to “hey, get over it” or “it will be better tomorrow.”  Instead it was a statement of power–the kind of power to change everything.

He walks over and touches the coffin–a big no, no in that culture but Jesus didn’t let rules stop Him from loving, from acting.  He says, “Party’s over death…you’re done.”  Ok, He really said, “young man, I tell you get up.”  And boom–just like that he did.  Now let me tell you when you are at a funeral and the dead person sits up and is alive, the funeral is over and the party begins.  Break out the fried chicken because death is done and Jesus is King.

I love this story…I really do.  I see it played out day, after day, after day.  No…not exactly like this but I, we, see God bringing spiritual dead people to life every day.  And when that happens John 10:25-26 becomes a reality.  There Jesus says, “I am the resurrection and the life. The one who believes in Me, even if he dies, will live. 26. Everyone who lives and believes in Me will never die. Do you believe this?” Wow what power–what assurance. But is all hinges on the last four words, “do you believe this?” “Do we believe this?”

Ok, so these are difficult days.  You might feel like the widow of Nain.  It may feel like your world is imploding around you with all the safety nets gone.  Well, there’s One that will never leave you and His name is Jesus.  Oh, and knowing Him is a game changer. The future that matters–the eternal one–is a guaranteed better day.  In a word, it is heaven. So, as we journey these uncharted waters together remember we never have to be alone–ever.  Jesus wants us to experience His compassion and His salvation.  And listen, when Jesus shows up things change.  He is bigger than anything so rest in Him.  He’s got this.