What is the price of two sparrows—one copper coin? But not a single sparrow can fall to the ground without your Father knowing it. And the very hairs on your head are all numbered. So don’t be afraid; you are more valuable to God than a whole flock of sparrows.”  Matthew 10:29-31

Well, not all stories end well…and this one didn’t.  Friday morning Judy left for Oklahoma to visit with Sarah, Blake and the boys.  Saturday morning I got up early as usual, had some time with God and then went for my morning exercise.  When I came back, by our backdoor, was a little baby squirrel.  Now I don’t know a thing about baby squirrels, so I can’t tell you how old he was.  I can tell you that something just didn’t seem right. He had all of his fur but you could tell he was not very strong and oddly, his head seemed just too big for his tiny body.

He was in the grass, but not far from the flower bed which is next to our backdoor.  He seemed to be eating grass but I suspect he was actually getting the water off the dew soaked grass.  He was moving pretty good but again, strangely, I’m not sure where he came from since there was not a squirrel nest to be seen.  I went on into the house and when I came back out he scurried into the flower bed. I put out some bird food for him to eat.  I knew he would like that because all of his big brothers do their best to empty our bird feeders.

Well, he made himself at home.  He was definitely eating some of the bird food and I believe having some of the water.  He soon made himself a place to sleep there in the flower bed.  I was hoping, just hoping that my little friend was a big enough fighter to pull this thing off.  I would check on him each day and give him food and water.  I was doing everything I could for him.  But today, when I came home from work, well he had died.  I wasn’t surprised because I really think something was wrong—something more than food or water could fix—something more than ending up at the wrong place at the wrong time.  So I wasn’t surprised, but I was genuinely sad.  I wanted him to live and I wanted to be his hero—his savior.  Neither happened.

Now I’m not sharing this so we can all have a Debbie downer day…not at all.  I’m learning that so many things have a story and can teach us big truths.  I think this is one of those times.  The first thing that came to mind was that sometimes we can do everything right—everything—and still not get the result that we want.  We can be the best husband, the best wife, the best parent, the best employee or the best owner and sometimes the story just doesn’t end well. It doesn’t mean we failed. It doesn’t mean we were somehow to blame. Sometimes, it is just part of this thing called life.  And while the story doesn’t always end well—we never have to face that difficult ending alone.  Our Dearest Daddy is always there.  The Whisperer is always close by and whispers the assurance of His love and His compassion.  No matter what—Jesus will still be there.

The other big truth from this is that God really does care about the smallest things.  If I told you that God knew today that this little creation died, would you believe me?  If I told you that even the smallest detail of your life never passes Him unnoticed, would you believe it?  If I told you He never grows weary of our worries and fears and unsettled hearts would you have the courage to believe?  Well you can, because Jesus said that not even a sparrow can fall to the earth unnoticed by the Father.  He even went on to say that if that is true, how much more do you think He cares about you? How. Much. More?

I know and you know that these are just puzzling times.  Everything seems so uncertain.  It seems as if we spend our days walking on quicksand—our feet unsteadily walking on shifting ground.  But don’t be shaken.  The God of the universe who cares when a little squirrel dies cares infinitely more about you.  Jesus knows and feels your hurts and pains…and He cares.

So all you tendered hearted readers, please forgive me for sharing a hard story.  I hope, though, that the big truths made it worth the read.  Why not take a moment and sit with the One who loves you so? Why not get close enough to hear His whispers of love and assurance.  I hope you will because when our hearts are heavy and a little frightened—we need to know that He’s got this.  And He does. 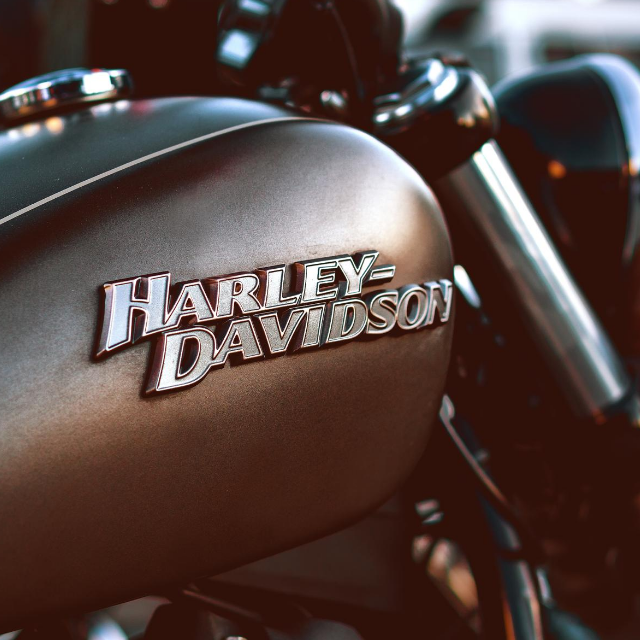 Imitate God, therefore, in everything you do, because you are his dear children.” Ephesians 5:1

He gave me the thumb and I’m not sure I liked it.  Last Saturday afternoon I decided to take a trip to Marion.  With Judy out in Oklahoma doing family mission work I was a little bored.  I wasn’t heading to anyplace in particular just getting out of the ‘burg.  As many of you know the road to Marion is a nice four lane highway with a speed limit of 65 mph.  I was hitting that right on the nose.  Now, frankly, most of the time I am like most of the people and do a couple of miles over the limit.  But today I was a law-abiding citizen.  And then I saw him.

Up ahead some distance was a guy and his lady friend on a Harley.  He was doing probably about 62 mph…just enough so I was either going to have to slow down or get into the left lane and pass him.  As I got closer I could see him. He had three or four days of stubble covering his face, a bandana held his hair down, his jeans were worn, and a few tats and some sort of leather vest finished his look.  His lady friend also sported a bandana and was dressed in black.  She reminded me of a female version of Johnny Cash.

So, giving the biker dude plenty of girth, I moved over into the left lane, cruise still set to 65.  Just before I got even with the guy on the bike he nudged the throttle on his Harley and soon was about 40 yards ahead of me.  I thought, “Well, ok, maybe Harley’s don’t have cruise and he realized he was doing under the speed limit.  But wait…now he’s slowing down again.  Strange.  I went back into the left lane and when we were about even—he throttled up again.  Well, back into the right lane I went.  As I did, he did his slow down thing again.  I got back into the left lane and when I did his lady friend turned around and gave me “the look.”

I can’t really explain the look.  I know when Judy gives it to me it never ends well.  So, I filed that away.  Soon I was even again with my friend on the Harley and he looks over at me.  I give him a shrug of the shoulders, the kind that says, “Hey dude, what’s up?” And that’s when he gave me the thumb.  Now I don’t speak sign language at all.  I do know when some people do certain things with their fingers it can be pretty ugly.  I’ve had that happen before.  But no one has ever given me the thumb.

He simply held up his hand, fingers tucked in and his thumb sticking out—kinda like a hitch-hiker would do when thumbing for a ride. His thumb pointing to the rear of his bike, he gave it a jerk—pointing behind him—and throttled big and shot off into the distance.  Just like that, he and she were gone.  And not speaking fluent biker hand signs, I was left trying to figure out if I should be glad or mad or offended or off-ended. I need to tell you that I’m not sure off-ended is a real word but it sounded good.

So as the biker dude took off, several scenarios kinda played through my mind.  I mean if he was being a jerk, I could play like Clint Eastwood, reach under my seat and draw out my 45 magnum and say, “Go ahead…make my day.”  But the only thing under my seat was an umbrella and it wasn’t a 45 magnum anyway.  And maybe he wasn’t being a jerk after all.  He might have been saying, “Hey, the girl on the back is my wife Sally.  I just wanted to introduce her to you.”  It could have been the he wanted me to fall in behind him so he could break the wind for me like one of those Nascar drivers.

Truth is—I don’t have a clue.  So I pulled back into the right lane and kept on driving.  I even notched it down a couple of miles per hour to give the biker dude plenty of room. He turned right heading toward Pittsburg and I will probably never see him again.  But one thing is sure.  If he should happen to walk into church this Sunday, unless I violated some sort of biker code I don’t know about, I won’t have to be embarrassed.  I played it cool and hopefully acted like Jesus wanted me too.  And that is what matters.

Paul told some folks at Ephesus who were Jesus followers that they should imitate God in everything they do.  It not only applies to them—it applies to us. In other words, if we are Jesus followers, we should speak, act, think and respond like Him because we are His dear children. Now, I don’t always get it right.  In fact, too often I get it wrong.  But that day…it felt pretty good that I didn’t do something to embarrass myself or my Dearest Father.  So, if someone gives you the thumb, or worse, just hit the pause button. Pull back into the right lane, bump your cruise down a couple of mph and rest.  You know why, don’t you?  That’s right…He’s got this.