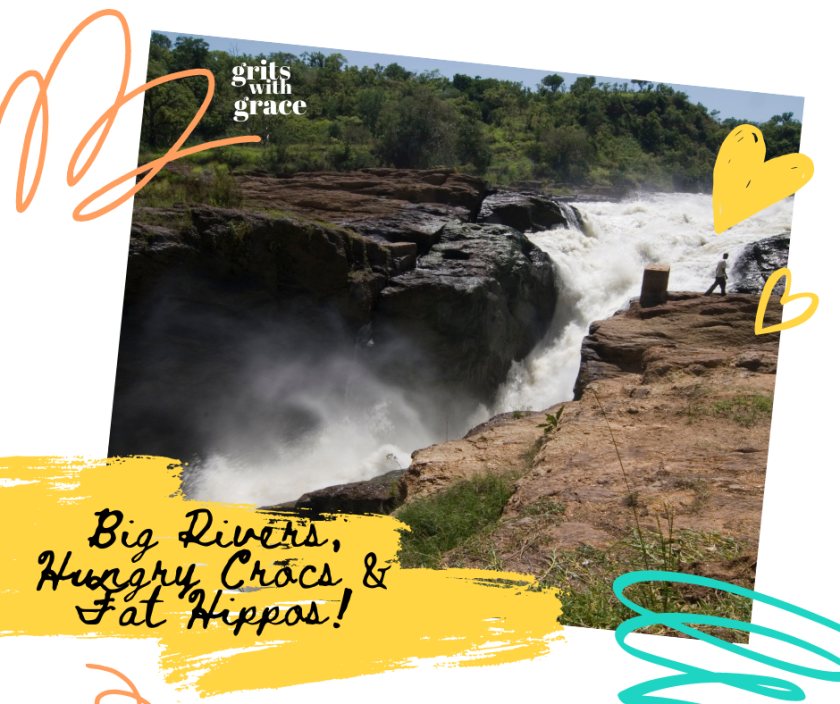 But if you don’t do this, you will certainly sin against the Lord; be sure your sin will catch up with you.”  Numbers 32:23

How do things like this happen?  If you are older than three, you have probably already bumped into something that got bigger than you intended.  Whether you are a toddler reaching for the cookie jar or a teenager thinking no one will ever know or in a marriage pushing the limits…well, you’ve probably had that emptiness in your stomach when the cookie jar crashes, or dad says, “son, we need to talk” or you come home to an empty house because word got around.  How does it happen?

Really the answer to that question is older than time and bigger than a short story with a big truth or, for that matter, a thick book full of truths but maybe we can at least cast a little light in the arena.  Judy and I have been to East Africa and the country of Uganda more than a few  times.  We launch our trips to the islands of Lake Victoria from the small town of Jinga.  We enter town, with the lake on our right, and cross a small channel that leads to a decent size dam.  On the other side of the dam, and no more than fifty yards wide, is the origin of the mighty Nile River.

Now trust me, if you saw the mighty Nile at this point you wouldn’t be too impressed.  It wanders through the Ugandan countryside on its way north before eventually emptying into the Mediterranean Sea.  The journey is somewhere over 4,100 miles and slowly the river grows and grows until it is almost two miles wide at some points.  Judy and I had the opportunity to take a ride on the Nile and besides being impressed by its size, I was more than impressed with the very large and very hungry, crocodiles that call the Nile home.  Oh, and did I mention the animal that causes more deaths in Africa than any other animal? It might not be what you think—the hippopotamus and there are lots of them in the Nile. Lots.

So, we begin with something that is relatively small that becomes large and we have something relatively benign that is dangerously filled with things that want to eat you or stomp you to death.  Either way—something little becomes big and dangerous.  And that, dear friend, is how things get out of control in our lives too.  It starts as something we think we can handle, something that almost, almost, seems safe and before long—we have a monster on our hands.  Let’s revisit the Nile.

If you were to start floating down the Nile in your little boat the first chunk of your journey would be easy.  But somewhere upstream (since the Nile flows north) there is something that will kill you—Murchison Falls.  The entire Nile River is funneled down into a rock channel that is only 23 feet wide before the water violently plummets 141 feet.  Go there and you are dead—no exceptions.  It’s the same results when we don’t pay attention to the tension that sometimes occurs in our lives.  When that tension is there…it is there for a reason.  Andy Stanley gives two good pieces of advice.  First, pay attention to the tension; and two, if something bothers you, let it bother you.  That’s good stuff.

So the big truth today is we sometimes need to hit the pause button.  We also need to understand that we are not the exception to the rule…we can get hurt, we can create a disaster, and yes, someone will find out. Oh, by the way, do you really think it is a secret from God? The Old Testament gives us a sound warning—be sure your sins will find you out and often, when it does, well, its gonna leave a mark—a bruise—or worse.  As you journey today or tomorrow, you might want to listen for the Whisperer whispering His gentle words of warning.  Don’t ignore them…He knows truth and He knows consequences.  Our sin cost His Son His life.  However, if we ask, He will be there to help and to guide. No matter how big the crocs, or how fat the hippos, or how violent the falls—you can trust the fact that, “He’s got this.”    Bro. Dewayne